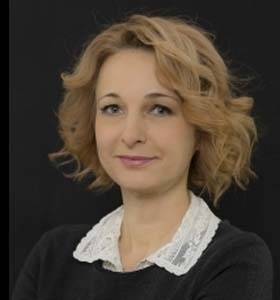 Agnieszka is a legal advisor specializing in administrative law, telecommunications law, competition and consumer protection law, in particular in handling cases in the field of cooperation between entrepreneurs, negotiating contracts and resolving disputes, appearing before public administration authorities, running cases as a legal representative in courts, also as part of remedies against administrative decisions before administrative courts, the Court of Competition and Consumer Protection, appellate courts, and the Supreme Court.

Agnieszka has many years of professional experience in working in public administration bodies, including managerial positions responsible for the regulation of the Polish telecommunications market. Since 2007, Agnieszka has been employed as a manager in Telefonia Dialog S.A. - a fixed network operator and then a mobile network operator (CenterNet S.A.). From 2009. she worked at Orange Polska SA, supporting business projects from the legal and regulatory side, representing the Company before courts and public administration bodies.

Agnieszka obtained a master’s degree in 1995 at the Faculty of Law of the University of Warsaw. In 2011, she passed the legal counsel exam. In 2013, she completed a postgraduate course in competition law conducted by the Institute of Law Studies of the Polish Academy of Sciences.

Projektowanie stron internetowych Master-NET|Privacy policy|Rodo
This site uses cookies in order to facilitate the use of our website. If you do not want cookies to be saved on your hard disk, change the settings of your web browser. Check out our Privacy policy.
CLOSE
Przewiń