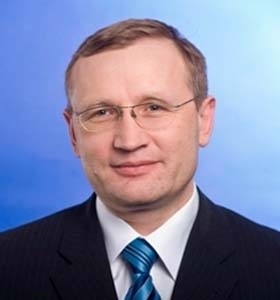 Maciej is a legal adviser for more than 20 years of experience in providing comprehensive legal services to businesses. Maciej specializes in telecommunications law and new technologies law, data protection, administrative and criminal law.

Maciej has very rich experience in managing departments, legal and risk management, legal and regulatory enterprises operating in the telecommunications market, since 1997. For more than four years he was a member of the Management Board of T-Mobile Poland SA, where he was responsible for legal, data protection and compliance division. Previously, he held positions including Director of the Division of Regulatory Cooperation Polish Telecom SA (6 years, now Orange Poland SA) and the Legal Director Polish Telefonia Cyfrowa Sp. o.o. (for more than 6 years, now T-Mobile Poland SA). Previously, he worked in public administration.

In the years 2003 -2011 he was Vice President of the Polish Chamber of Information Technology and Telecommunications in Warsaw for Telecommunications Operators. He was a member of several supervisory boards of commercial companies.

His professional career Maciej connects to an academic career. Maciej is a Professor of Law at Lazarski University in Warsaw. Before working at Lazarski University in Warsaw he taught, among others, at Rzeszow University and European School of Law and Administration. Author of over one hundred and seventy publications in the field of telecommunications law, civil and criminal. Among others co-author of the Commentary to the Telecommunications Law.

Maciej graduated in 1990, studied law at the University of Maria Curie-Sklodowska University in Lublin, where he finished a doctorate and habilitation. He was also a scholarship listener member Georgetown University in Washington, DC, and Le Moyne College in Syracuse student (USA). Maciej took legal training and passed exams: a judge and a legal advisor and in 1993 was included in the list of legal advisers in Rzeszow.

He speaks English, Russian and German.

Projektowanie stron internetowych Master-NET|Privacy policy|Rodo
This site uses cookies in order to facilitate the use of our website. If you do not want cookies to be saved on your hard disk, change the settings of your web browser. Check out our Privacy policy.
CLOSE
Przewiń